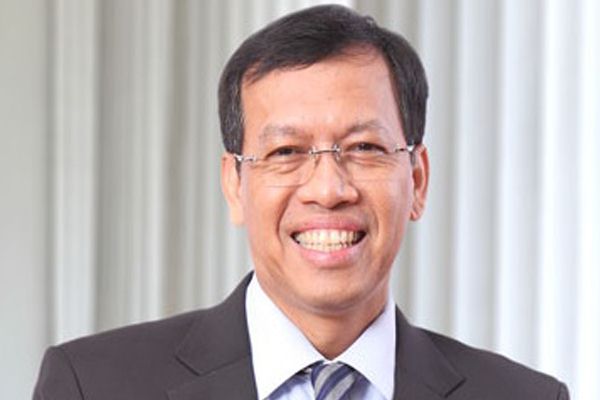 Pakpahan’s interest in finance and taxation led him to enter the State College of Accountancy (STAN). He then graduated with a Diploma III in Accounting Specialization from STAN in 1981. In 1985, Pakpahan continued his Diploma IV study at the same campus, until graduation in 1987. Later, he earned his Doctor of Philosophy in Economics from the University of North Carolina at Chapel Hill, North Carolina, in 1998.

In November 2014, Robert was administered a paper writing test, used for recruitment of high-ranking middle managers as Director General of Taxes. Armed with his knowledge and experience, Robert could be said to have mastered the Indonesian economy on both micro and macro levels. Although he is not a ‘new face’ at the Directorate General of Taxation, his wish to serve must be dashed because he did not pass the second stage of selection.

Robert is also a director of the Credit Guarantee and Investment Facility (CGIF) representing Indonesia at ASEAN, since March 2014. Besides serving as Commissioner of the Indonesia Deposit Insurance Corporation, since April 2016 he has been a Commissioner of Indonesia Infrastructure Finance.

Not an Easy Prastowo told

top official is one of the toughest jobs in the government, as the tax office is assigned a huge responsibility to collect the taxes that fund the State Budget.

While the government State Budget targeted Rp1,472.7 trillion (or approximately $108.93 billion) in tax revenues this year, up from Rp1,285 trillion in 2016, it had only collected 78 per cent of this total as of the end of November.

The Directorate General of Taxes is a large and important institution that should ensure credible, accountable and professional performance, and be able to work effectively to maintain public trust and build tax compliance, according to Yustinus Prastowo, a tax expert from the Center for Indonesia Taxation Analysis.

“The new Director General of Taxes should be able to ensure that tax collection will be based on clarity, certainty, consistency, fluidness, promoting moderate, measurable, professional behavior. He should succeed in internal consolidation programs and actions,” Prastowo  told TheInsiderStories.

He also mentioned how the tax reform agenda must be completed, with both policy and regulatory improvements, administrative upgrading, human resource management and business processes, within in the next two years.

Indonesia has struggled to lift its economic growth rate above 5 per cent, in spite of rate cuts by the central bank and deregulation moves by the government.

Any shortfall in tax collection could mean a widening of the fiscal deficit, which by law cannot exceed 3 per cent. The official target for the 2017 deficit is 2.92 per cent, though government officials earlier said it might be only 2.6 per cent.