Tax Chief On Horns of a Dilemma 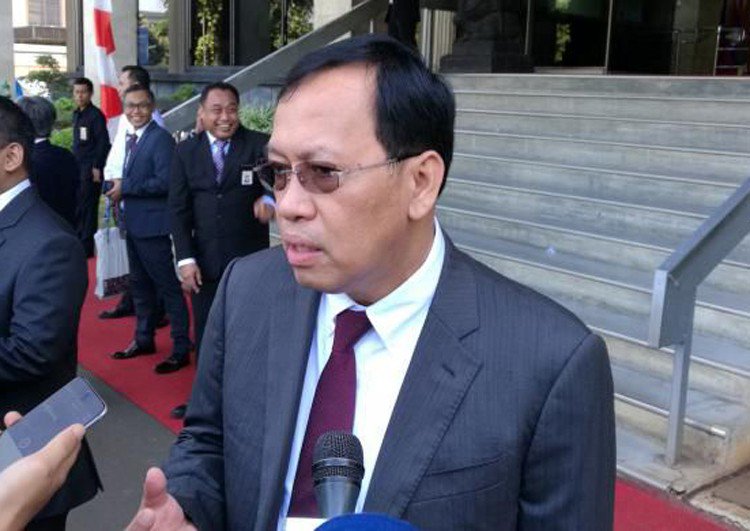 President Joko “Jokowi” Widodo appointed veteran tax official Robert Pakpahan as the new tax chief last week, in line with what the business community has generally pushed for. As the former director of business transformation at the tax office, Robert interacts intensely with the business community. He constantly hears their complaints, takes notes and implements the necessary measures to help improve the system within his authority.

For the business community, Robert is a trusted partner when it comes to tax reform. He is among a few talented tax officials that were tasked in early 2000 with developing the large tax office to provide unparalleled services to the country’s biggest taxpayers.

He is also a member of a team tasked with reforming the tax office and was involved in drafting the tax amnesty. To his peers, Robert is known as a thinker rather than a fighter, the role embodied by his predecessor Ken Dwijugiasteadi.

At a time when the administration is in dire need of collecting more taxes to fund major infrastructure projects and social spending, Robert’s soft character may prove to be his Achilles’ heel, as he is likely to refrain from taking stern measures to ensure compliance.

But repeating Ken’s style may not help either, as the past year has seen a chorus of complaints from both the business community and individuals, suggesting the tax office was overreacting at a time of poor tax compliance in Indonesia.

The country only has some 36 million registered institutional and individual taxpayers, and not even half of them have submitted annual tax return forms, according to the tax office.

The tax authority has so far been unable to force Indonesian taxpayers to repatriate their assets from overseas, as they had pledged under the tax amnesty that ended last March, which only underscores their inadequate capacity to catch tax evaders.

In its latest assessment issued last month, the International Monetary Fund (IMF) revealed that Indonesia’s tax ratio — the ratio of tax revenue to gross domestic product — sits at around 10 percent, lower than the marks of its Southeast Asian neighbors. Singapore, Malaysia and Thailand have tax ratios of 14 percent, 15 percent and 17 percent, respectively.

Robert will have to walk a balancing act between maintaining a positive business climate and meeting a herculean goal to boost tax collection.

But in the end, he must choose to lean toward one of those poles. His remarks after his inauguration indicated a comforting stance, suggesting he will prioritize building a new system and information technology to effectively net new taxpayers and detect violations.

While that priority may take a while to kick in, pressure for Robert to go hard on taxpayers is unavoidable. After all, this administration will need more money than ever to keep the public happy with generous social spending and subsidies.